Anne Lataillade, a famous blogger from Papilles et Pupilles, met Agnès Jouglet-Sueur, from Château Le Bonalguet, a woman from the North of France who settled in Bordeaux. 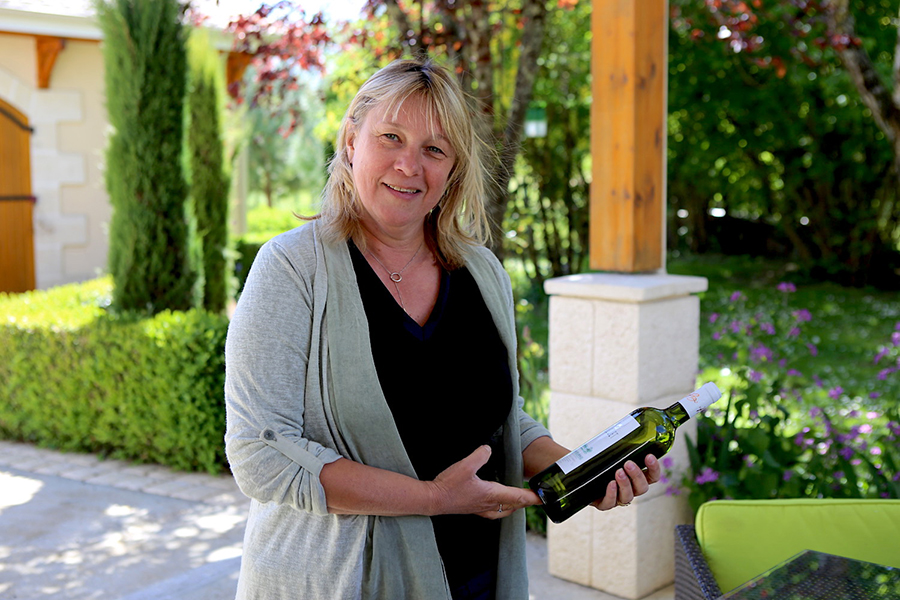 Agnès Jouglet Sueur doesn’t come from our region (she is from the North of France, but we forgive her ☺) and had another job before. Her husband was not part of the environment either but together, they had their heart set on making the Château Le Bonalguet a great success. Their Bordeaux blanc was awarded an oscar des Bordeaux de l’été in march 2017.
Agnès welcomes me at home a few days ago. Let’s meet her !

Agnès, you told me you were from Picardie, from Amiens precisely.  Can you tell me more about your career?

I studied law and worked as director of the office of a senator-mayor, in Normandy, during 10 years. Then, I met my future husband who was from Bordeaux.

So love brought you here  ☺ Was your future husband already a winemaker in Saint-Germain-du-Puch at the time?

Not at all! He was working in the family bricklayer.

Anne : What a mysterious story ☺

Actually we both loved the land and the good products. My grand-father-in-law had bought a former cellar to transform it into a house. He had always expressed regrets about the 16 hectares he didn’t have bought nearby. He was not a winemaker and didn’t think he could handle it.
And then, in 1996, my husband got a chance to buy a ½ hectare of vines in Saint Germain du Puch. It was just for fun: having wine for our family and friends. In 2002, he bought 5 more hectares. That was when I moved here. Until then, I was going back and forth from Normandy to Bordeaux.
Since I planned to move into new work, I followed an accelerated training course and I had a go ! 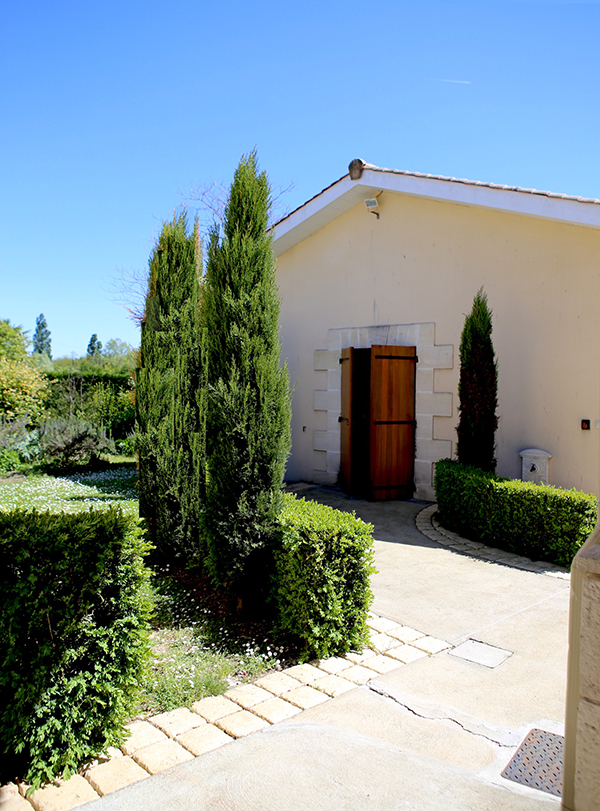 Your very first harvest should have been a considerable challenge?

When did your husband start working with you ?

By the end of 2013. Before that date, he was still an employee and we were on the vines during holidays or weekends… We learnt a lot by our own and from 2008/2009, we got helped by a friend, Grégory Dalla Longa who’s an oenologist. We bought again 10 hectares in 2008.

How many hectares do you owe today?

How many bottles a year ?

90 000 each year. At the beginning, we used to sell more bag in box and bulk wine. We had then to improve the quality of our products and started to use bottles. And we also started to register for wine contests. We rapidly won medals and it helped us find new markets.

You should have been trilled to won these awards ?

Yes, we were. None of us was from the profession, it gave us confidence to go further. The first award was just a bronze medal but it was considerable!

Which are your main markets?

We sell abroad about ¾ of our wines. We are well established in Japan beacause they love top wines. We also export to the USA, to Great Britain and to China. We tried the orders by mail and we sell to the customers of my home region, in the North of France and Normandy. I’m developping the sales on Franch market. 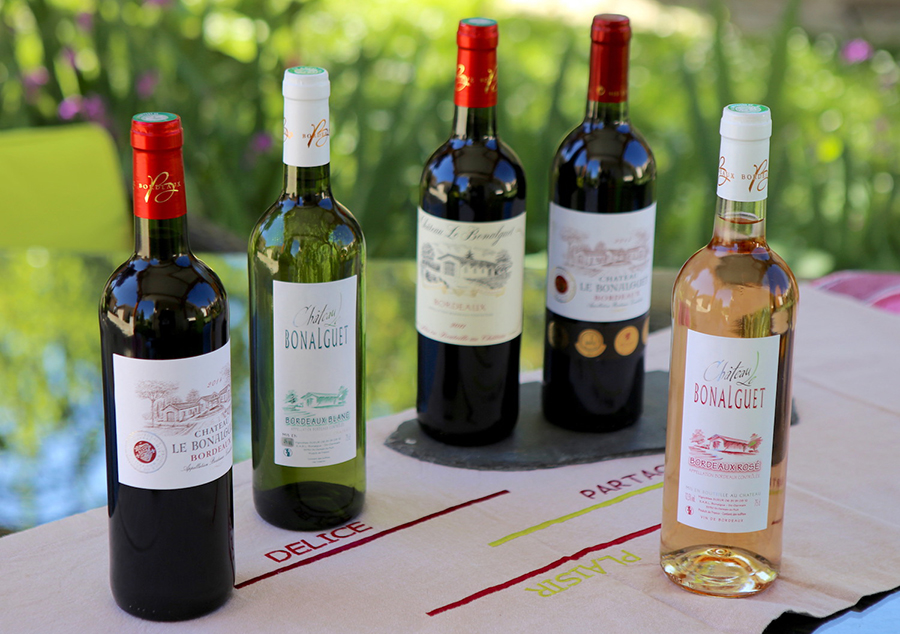 I prefer clairet. At the beginning, we made clairet because it was from the region. Two years ago (in 2015), light rosés became trendy and it was difficult to sell it. We had to stop producing clairet.

Bottle or bag in box?

We use cork for red wines and synthetic cork for whites and rosés.`

Rather blends or grapes wine : we only produce blending wines, even if our white wine is 100% sauvignon, a blend of white sauvignon and grey sauvignon. The wines are more complex, finest and more elegant.

Speaking of Bordeaux, would you rather prefer…

They’re not my favorite sports. I prefer basketball.

I love large sandy beaches such as Lacanau or Mimizan. They remind me Normandy or the North of France.

Neither. We have not even a website. Communication is not our main advantage. We have to develop it.

To conclude, a word which represents wine according to you?

Sharing ! Wine is a pleasure to be shared.

This website uses cookies to improve your experience while you navigate through the website. Out of these, the cookies that are categorized as necessary are stored on your browser as they are essential for the working of basic functionalities of the website. We also use third-party cookies that help us analyze and understand how you use this website. These cookies will be stored in your browser only with your consent. You also have the option to opt-out of these cookies. But opting out of some of these cookies may affect your browsing experience.
Necessary Always Enabled

Any cookies that may not be particularly necessary for the website to function and is used specifically to collect user personal data via analytics, ads, other embedded contents are termed as non-necessary cookies. It is mandatory to procure user consent prior to running these cookies on your website.